“Over the years Wilkstone, LLC has been built on quality and service.   It’s the details, not the big, broad management strokes that make the difference.   It’s dealing with the details; the correct selection of material, the coordination of the work, and quality control.”  David A. Wilkinson 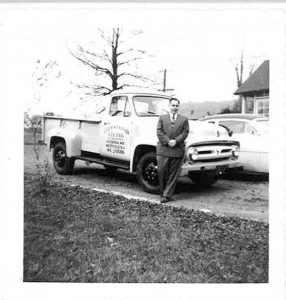 Wilkstone traces its roots back 90 years to founder, George Wilkinson, whose ancestors had worked as stone cutters and stone masons in England.  George started the business in Westfield, NJ; and was known in Central New Jersey.  Later the business was expanded to include terrazzo on larger public and private facilities, schools and airports in the Metropolitan area.  George obtained a US patent in 1963 for a terrazzo floor finishing machine he invented which the company still uses today.

After David joined his father in 1952, they started doing more commercial projects and David pursued interior and exterior marble and stone, ceramic tile and terrazzo.   Today Wilkstone is known in the industry for its high end, prestigious stone and marble work primarily in Manhattan.  While David continues to provide his expertise and experience as a principal of Wilkstone, Joseph Petti, who has been with the company since 1994, has assumed the role of President.  Under his leadership the company has expanded to include restoration and maintenance of stone, marble and terrazzo.